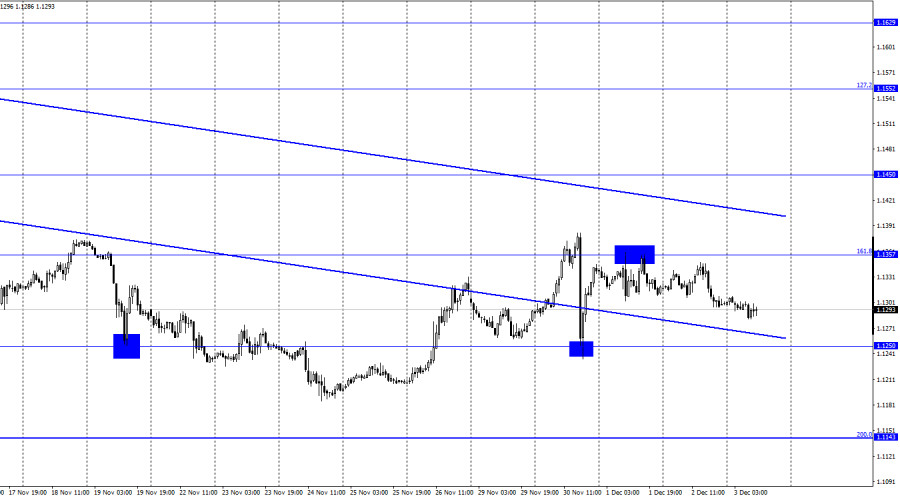 The EUR/USD pair completed a slight dip towards 1.1250 on Thursday. The downtrend corridor continues to characterize traders' sentiment as bearish. After the breakout from the correction level of 161.8% or 1.1357, the decline might continue. However, important reports will be released in the US today, so it is almost impossible to predict what will happen in the second half of the day. The US currency shows a slight drop before the US statistics is released. However, the movement is very weak, so I can't say that this drop reflects the traders' expectations regarding the Nonfarm Payrolls and unemployment reports. In just two weeks the Fed will hold its last meeting of 2021. After Jerome Powell announced this week that inflation should no longer be seen as a temporary phenomenon, traders now expect more aggressive action from the Fed. Traders expect the quantitative easing program to be rolled back at a faster pace than that announced at the last meeting.

Already at the end of the December meeting, it could be decided to reduce bond purchases by $20-30 billion instead of $15 billion. In such a case, the US currency could then resume its upward trend. However, today's nonfarms report could also have an impact on Fed's. If the nonfarms turn out to be weak, the Fed could refuse to increase the pace of QE cuts. Jerome Powell has repeatedly pointed out that it is vital for the regulator to achieve maximum employment levels. If the report is stronger than traders' estimates (550k nonfarms), we can expect the pair, which has been trying to gain some ground for the last 6 days, to fall again. If the report is weaker than expected, the pair might move towards the upper line of the downtrend corridor. Certainly, it will matter how much the actual value differs from the expected value. 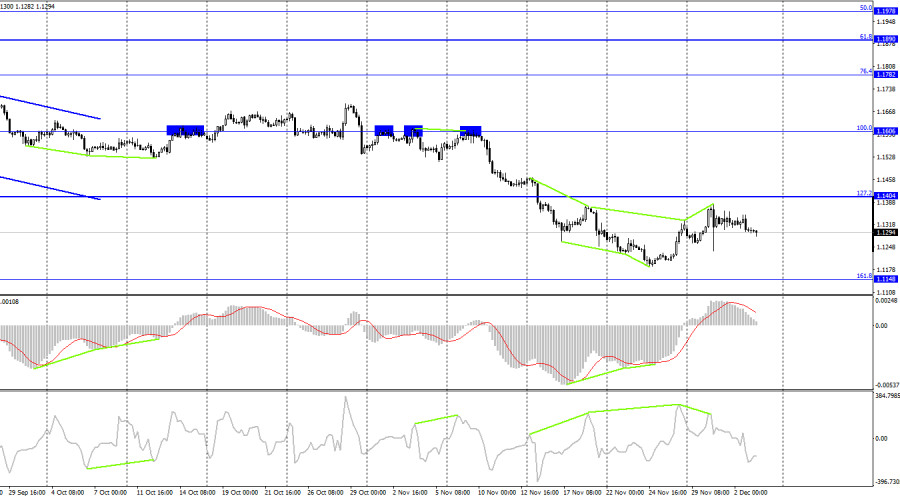 On the 4-hour chart, EUR/USD reversed downwards in favor of the US dollar after the bearish divergence appeared. Later on, the currency pair began a decline towards 1.1148, 161.8% Fibonacci correction. Meanwhile, the pair is drifting downwards. None of the indicators is showing divergences in progress. If the pair settles above 1.1494, or 127.2% Fibonacci level, this will benefit the euro. So, EUR/USD will be able to resume growth towards 1.1606 that is 100.0% Fibonacci correction.

Economic calendar for US and EU

On 3 December, ECB President Lagarde already gave a speech in the EU which did not get any reaction. The most interesting news are the US unemployment, nonfarms, and PMI reports. The information backdrop in the afternoon could be very strong. 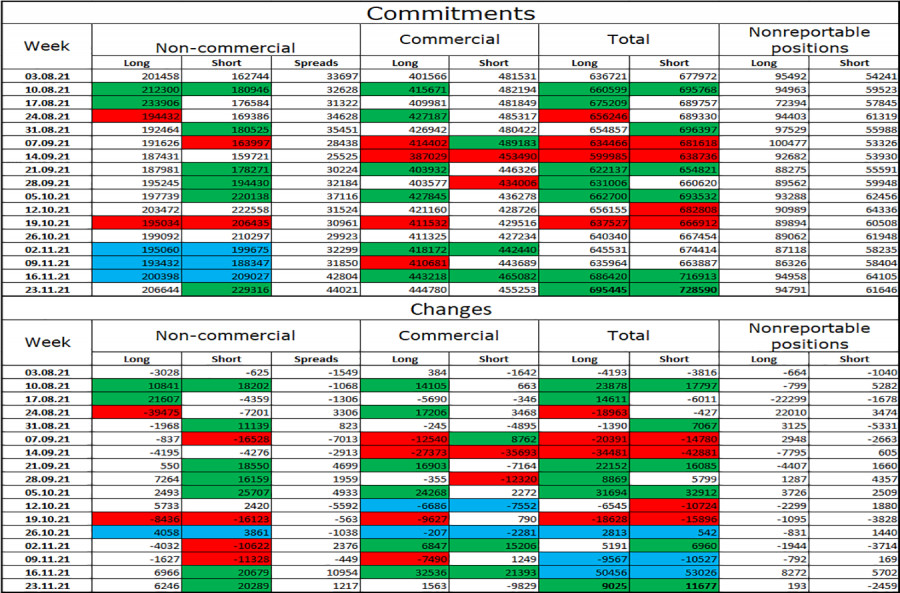 A new COT report logged that the market sentiment of non-commercial traders turned bearish last week. Speculators opened 6,246 long contracts on EUR/USD and 20,289 short contracts. Thus, the overall number of long contracts kept by speculators increased to 206,000 and the total number of short contracts grew to 229,000. Besides, non-commercial traders opened more than 40,000 short contracts. It means that the bearish sentiment is escalating among the most important category of traders. Therefore, EUR could resume its fall in the nearest time. According to COT reports, there are no signs that EUR could develop long-lasting growth.

Outlook for EUR/USD and trading tips

Commercial traders are commercial enterprises, firms, banks, corporations, and companies that buy currency not to obtain speculative profit, but to ensure current activities or export-import operations.

Non-reportable positions are small traders who do not have a significant impact on the price.