06.12.202119:32 Forex Analysis & Reviews: Unexpected reason for the collapse of BTC: Bitcoin falls because it is strengthening

Bitcoin is losing out to rivals like Ether due to its recent drop over the weekend. Analysts believe that the reasons should be sought in its increased connection with macroeconomic factors. 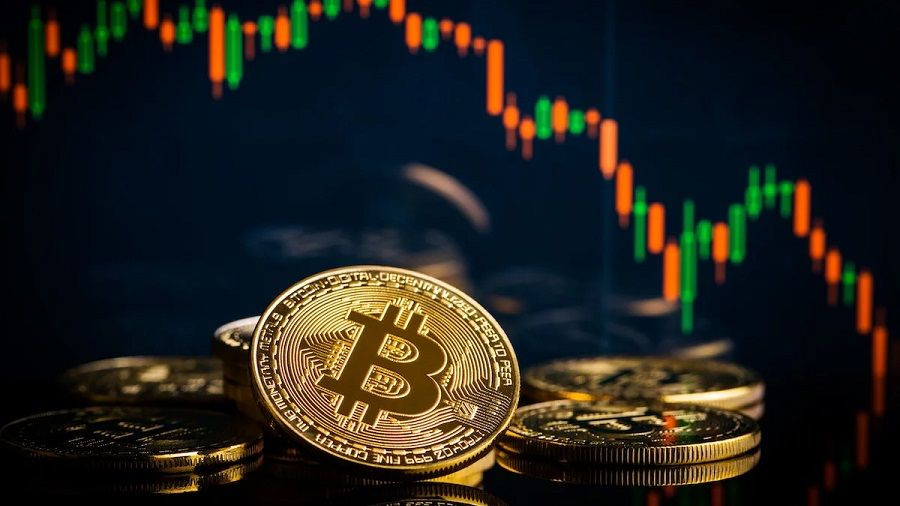 The largest cryptocurrency fell 21% on Saturday ahead of the rebound, although it is still trading around $48,200, down about 10% from Friday's close. Bitcoin dropped to $42,296 before it partially recovered.

Ether, the second-largest token, fell 17.4% before dropping to about 4%. According to the CoinGecko tracker, the total crypto sector lost about a fifth of its value, dropping to $2.2 trillion.

In the crypto world, weekend fluctuations are not uncommon. This is due to several factors, including lower trading volumes and a market structure of hundreds of disconnected exchanges, which are essentially their own islands of liquidity.

However, the general expert opinion on the main reason is that the market is inclined to take less risks in December, on the eve of the Fed meeting.

Fluctuations in cryptocurrencies occur during a period of volatility for financial markets. The soaring inflation is forcing central banks to tighten monetary policy, threatening to destroy the favorable liquidity climate that has previously boosted a wide range of assets.

"The decline was likely driven in part by technical conditions exacerbated by the derivatives market, and was not fueled by the downward momentum behind fast-growing equities on Friday, with which bitcoin correlates positively," wrote Katie Stockton, founder of Fairlead Strategies.

The omicron coronavirus variant has also led to risk aversion due to concerns over what this might mean for a global economic recovery.

Sean Farrell also cited the reaction to three events on Friday: news of the omicron option, reaction to the possibility of an accelerated Fed cuts, and action in the derivatives market.

The drop in the figure was part of a global correction.

For example, global stocks fell more than 4% from their November record, while safe-haven assets such as Treasuries rose.

Leveraged trading as a cause

However, there is another opinion of stock market experts, which focuses on the global sell-off due to the widespread use of loans.

"As usual, since crypto traders use leverage, it leads to cascading selling and liquidation," said Antoni Trenchev, co-founder of crypto lender Nexo. "We should find support in the $40,000-$42,000 region and then recover in line with the year-end rally. If this does not happen, we can return to the July lows of $30,000-$35,000."

Some bitcoin buyers were reportedly ousted due to the Saturday crash. Did the collapse cause them to fail, or is their use of credit funds the reason for the collapse?

Vijay Ayyar, head of the Asia-Pacific with cryptocurrency exchange Luno in Singapore, emphasized that it was the borrowers who were kicked out of the market.

Thus, we can conclude that we were dealing at least in part with another reason for the correction - the widespread use of leverage.

But that's not all.

Bitcoin is an outsider due to its legal reinforcement

Sean Farrell also believes that the rest of the cryptocurrency market is recovering much faster than Bitcoin, due to events that create macroeconomic uncertainty. At first glance, the situation is exactly the opposite of the trend that Bitcoin outlined in the spring, firmly taking a leadership position and not allowing Ethereum to squeeze itself out. But now the hegemony of the forward coin has fallen into disarray.

Institutions and larger investors have been buying cryptocurrency over the past year or so at an accelerated pace as the market matures, the number of products increases, and regulation gradually becomes clearer in some jurisdictions.

This is believed to be the reason for the bitcoin price soaring, but recent actions hint that the involvement of large players could be a double-edged sword.

The faster recovery in the rest of the market "speaks to the overwhelming level of institutionalization of bitcoin over the previous 12 months, as well as independent market dynamics for the rest of the cryptocurrency," Farrell said.

In other words, bitcoin suffers adversity precisely because of heightened regulation, while other coins have so far escaped this fate.

This scenario represents a notable turn of events for a cryptocurrency that bulls advertise as a store of value and which has been found to be less susceptible to larger falls than ether (based on Cornerstone Macro analysis). But as institutions begin to use Bitcoin, whether as part of a broader asset allocation strategy or otherwise, it is clear that flows could start to affect cryptocurrency as well. BTC-related payments are becoming more transparent due to the linkage to bank and customer accounts.

"Ether, in general, has been more associated with the growth of crypto sub-sectors such as Decentralized Finance (DeFi) and Non-Fungible Tokens (NFT) than with inflation-defended trading, so the Fed's hawkish demagogy did not affect it as negatively," says Stephane Ouellette, chief executive and co-founder of FRNT Financial Inc, and it is difficult to disagree with him.

Such a combination leads to an increase in the influence of macroeconomic factors on Bitcoin, which do not cause panic in the field of fiat currencies. According to Farrell, the growing institutionalization of the largest cryptocurrency "may explain why there was such a surrender in the bitcoin markets on Friday night - as traditional institutions seek to maintain annual profits until the end of the year."

Indeed, on the eve of the end of the fiscal year and the payment of dividends/holiday premiums, many companies are limiting stock transactions with risky assets, preferring to return to stock games after reports and the Christmas holidays. The desire to close the year in positive territory makes the companies be more careful.

Overall, the weekend plunge is another reminder that cryptocurrencies are an emerging asset class and their path is difficult to predict.

However, Ether has grown more than fivefold since the start of the year, and bitcoin is up roughly 70% compared to the 20% rise in the S&P 500 and 11% in the MSCI for all countries. The Bloomberg Barclays Global Aggregate Bond Yield Index is even negative. In other words, tokens are still the most attractive asset class for exchange players, and so far this trend remains the leading one.

Interestingly, about 55% of the crypto market is accounted for by new players, which means that the influence of "whales" is overestimated.