The Japanese yen begins the third day of consolidation in the target range of 115.80-116.15 in today's Asian session. Equities are trading mixed on controversial Federal Reserve minutes since the last FOMC meeting, released Wednesday night, and ahead of today's US employment data. The data is most likely to be good, the forecast for non-farms is 400,000. With the release of the data, new investor interest in risk is likely, we expect the price to rise to the trend line of the price channel of the monthly timeframe (green) around the 117.10 mark. 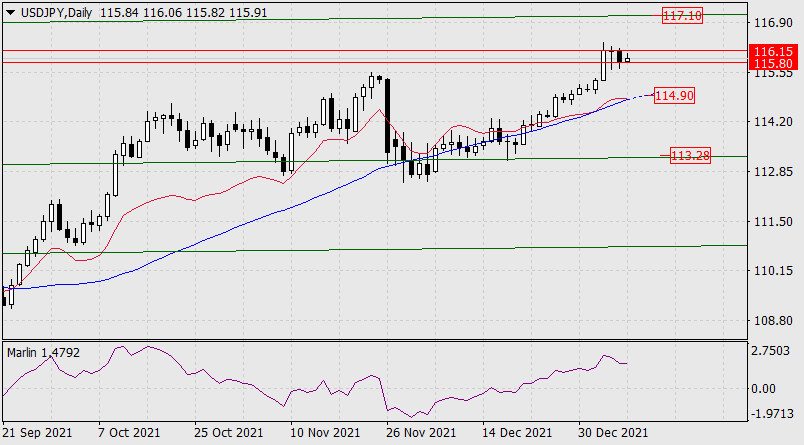 If the data turns out to be a failure, which is unlikely, since claims for unemployment benefits in the last month were flat and hiring in the private sector turned out to be unexpectedly strong (807,000), then the price could attack the MACD line at 114.90. 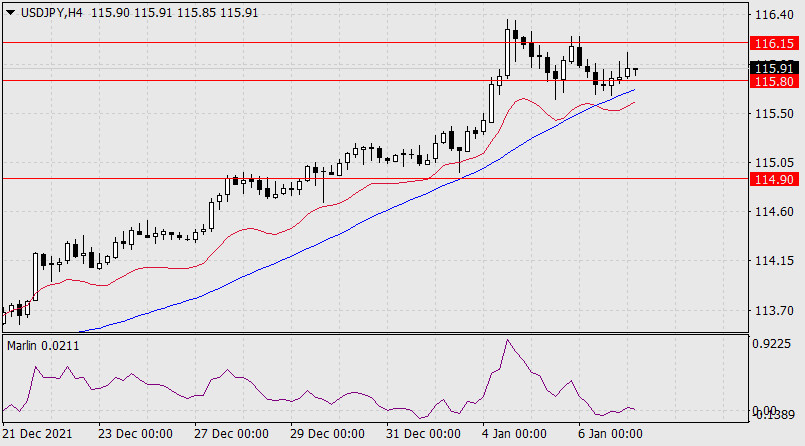 The price is neatly supported by the MACD indicator line on the four-hour chart, yesterday the Marlin Oscillator made a false short-term move down into the negative area, now it is again in positive territory. The yen is waiting for evening data.