Against yesterday's backdrop of the dollar index's growth by 0.51% and the fall of the S&P 500 stock index by 0.15%, the dollar's growth against the yen by 0.71% looks excessive (the euro fell by 0.50%). Yen trading volumes, though high, were lower than in the last two days. And on the daily scale chart, the signal line of the Marlin Oscillator has outlined a downward reversal from the zero line. This is an early sign of the completion of the upward correction from the entire fall from January 5 to 24, that is, the correction was about 50%, which is quite enough to complete it. 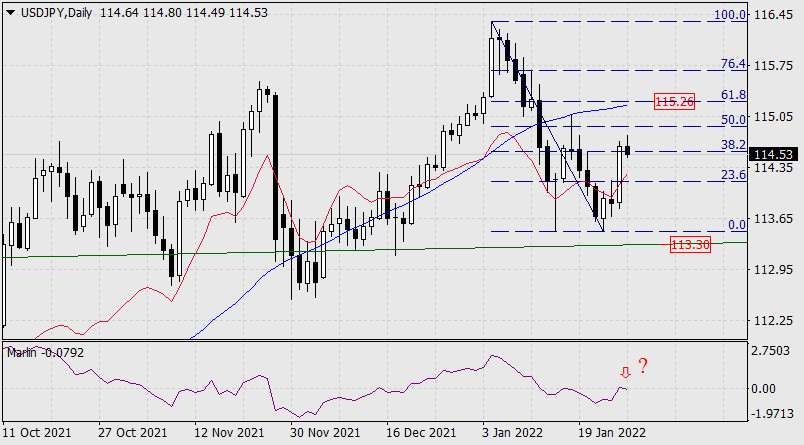 Of course, the correction has the opportunity to continue to the Fibonacci level of 61.8%, to which the MACD line (115.26) is also approaching, but the probability of such a correction developing is less than 50%. To make sure that the correction is completed, it is necessary to wait for the price to consolidate below the 38.2% Fibonacci level. Then there will be a further decline to the target of 113.30 - to the embedded line of the green price channel. 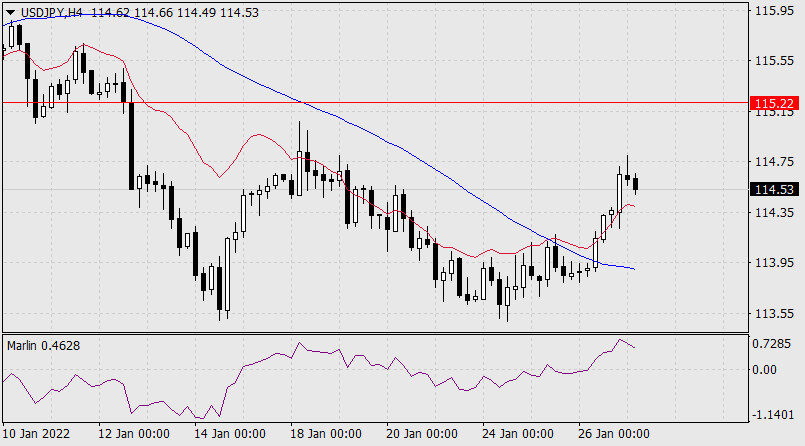 The price is still in an upward trend with little or no signs of a reversal on a four-hour scale. Apparently, the price, if it goes down, is not as fast as it grew.