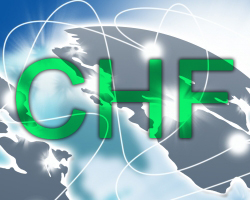 At 2.00 am ET Thursday, foreign trade figures for Switzerland are due. Ahead of the data, the franc traded mixed against its major counterparts. While it rose against the yen, it was steady against the rest of major rivals.

Can't speak right now?
Ask your question in the chat.