Bitcoin has posted its worst financial quarter in 10 years. The price hit a new swing low of $17,700 and continues to be under pressure from sellers. Market sentiment remains pessimistic, although a significant part of the market players has adapted to the new conditions and are preparing to resume investment activity. The relative stability of Bitcoin this week contributes to this. The Fed Chairman's speech once again confirmed Bitcoin's stability, which may indicate that the phase of the most powerful bearish market is over. 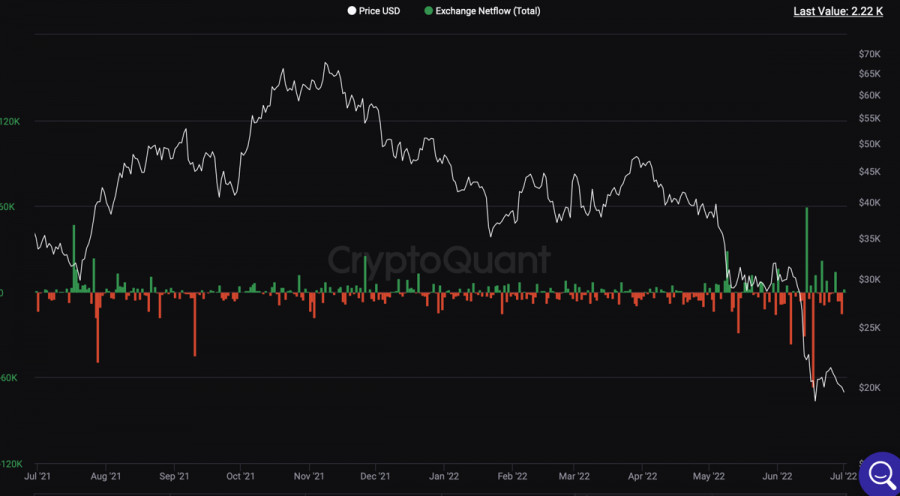 Technical indicators confirm the market is stabilizing. Key indicators have reached the bottom of the Bitcoin market. The profitability level of BTC dropped to 50% and realized losses reached a record. At the same time, the price interacts with the 200-week MA, which indicates the fundamental importance of this metric and a certain dependence of the price on it. This was confirmed after the level of $18,000 was protected during the decline on the night of June 30. In addition, there is a regular outflow of BTC from cryptocurrency exchanges, which is also an important signal for the stabilization of the market. 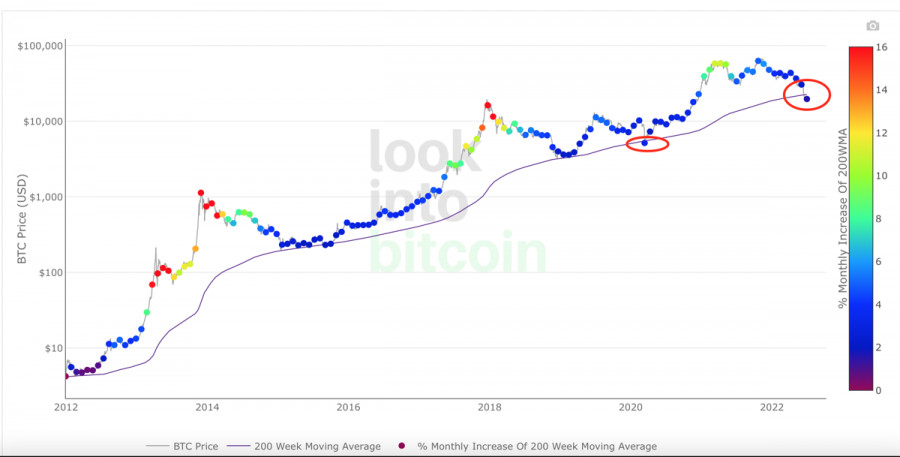 Investors understand this and are preparing to resume investments in Bitcoin. This is evidenced by the significant volumes of stablecoins that are held on cryptocurrency exchanges. Since the start of the bear market, market capitalization has fallen by 70%, while the volume of stablecoins has fallen by only 11%. This indicates investor faith in the cryptocurrency market and a willingness to start buying the asset near the bottom. 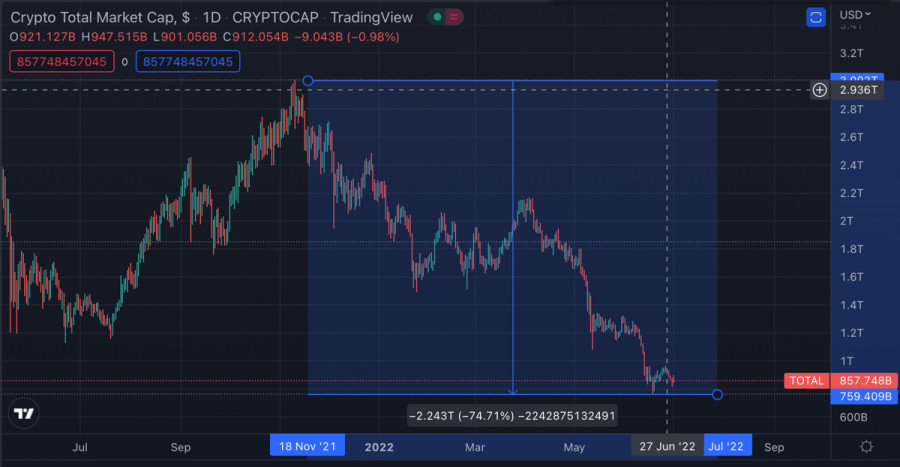 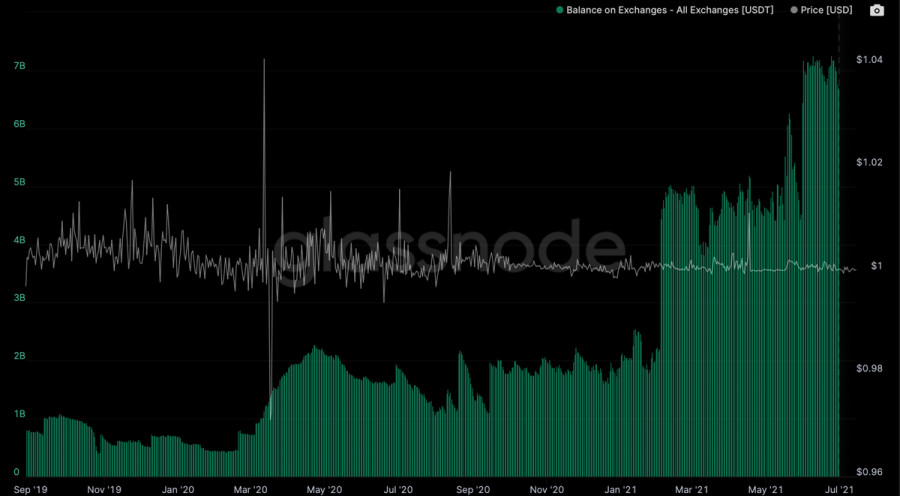 Another important factor that contributed to volatility in the Bitcoin market was the substantial amount of leverage. As of July 1, the level of volatility had decreased significantly thanks to several massive liquidations that exceeded $1.5 billion in aggregate volume. This indicates that the market got rid of the most active traders using significant amounts of borrowed funds. As a result, the market has stabilized, and Bitcoin is sometimes jokingly referred to as a stablecoin. 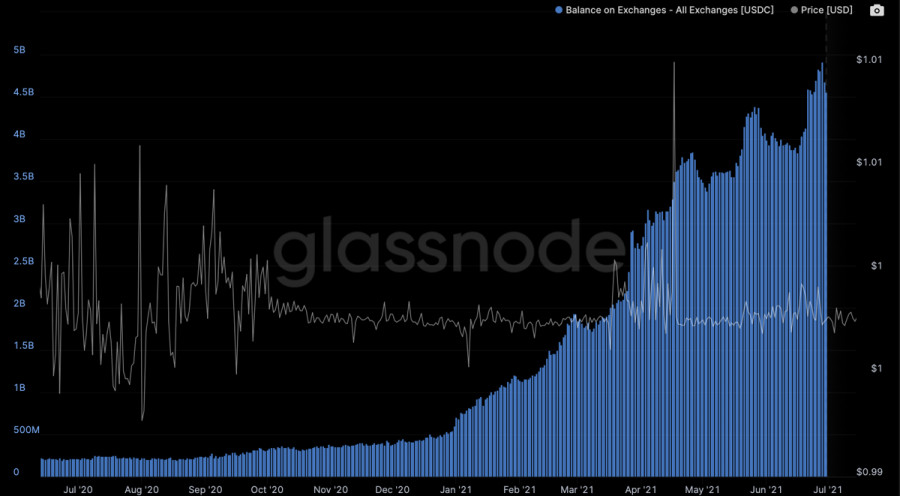 As of July 1, we do not see the beginning of an active buyback reflected in the Bitcoin price. We can assume that the market does not believe in the current bottom at $17,700. We also do not see significant purchases from the major companies. MicroStrategy and El Salvador bought Bitcoin at current prices, but these amounts cannot be called determinative in the context of the whole market movement. Taking this into account, we can assume two scenarios.

The first one suggests that buyers let the price fall below $17,700, which provokes another liquidity shortage. The main victims are miners and mining pools, which begin to sell BTC to cover current expenses. Subsequently, Bitcoin drops below $15,000 and forms a local bottom, which investors start to buy back with the help of stablecoin volumes. 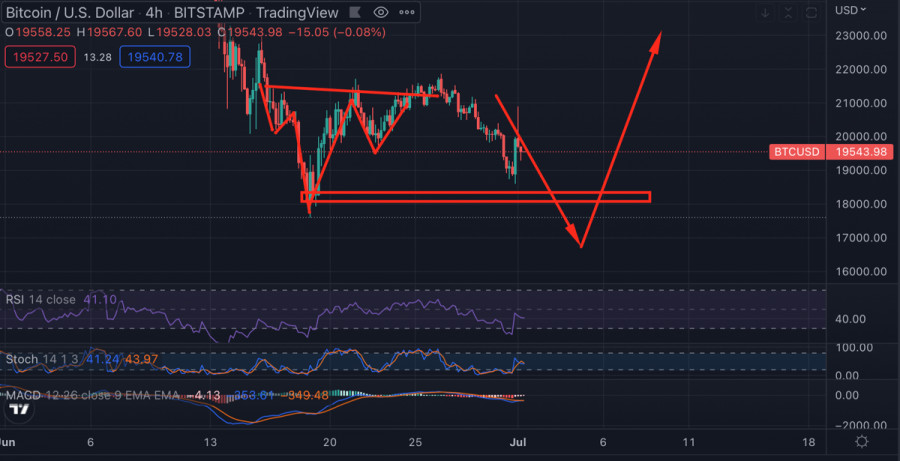 The second scenario seems to be more real because we have already seen certain prerequisites. It lies in the fact that whales play with market expectations and raise the price, provoking premature investment activity. The price falls and big BTC owners get additional liquidity at a discounted price. This scenario seems more probable because we saw for the first time since June 18 a serious activity from buyers and a defense of $18,000. 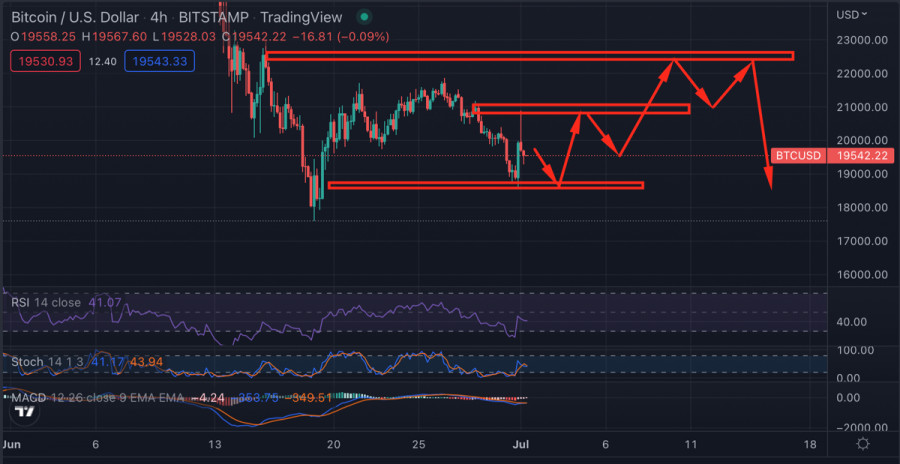 In any case, optimism and volumes of stablecoins grow in the market, which means that investors have finally adapted to the new reality. At the current stage, there is no active investment activity, because the market is not confident in the formation of a local bottom, and therefore we should expect an outbreak of volatility in an attempt to test the current low. We may assume that the market has passed the bottom of fear but has not reached the low.