Amid growing worries about an imminent and prolonged recession in Europe due to Russia's intention to cut off gas, market participants are fleeing from the euro even despite a potentially dovish Fed shift. The futures market, which correctly predicted the Fed's move to aggressive monetary tightening, now expects the central bank to start cutting interest rates in 2023. This may soon lead to sell-offs in the US dollar. In the meantime, the main loser in the forex market is the European currency.

Downbeat macroeconomic statistics for the United States, a fall in commodity prices, and another inversion of the yield curve, indicating that a recession is around the corner, are forcing futures market participants to reconsider their views. Whereas earlier CME derivatives expected the federal funds rate to peak at 4%, now the figure has fallen to 3.2%. By the end of 2023, borrowing costs could collapse by 50 bp to 2.7%. This differs greatly from the latest FOMC forecast of 3.8%. The Fed's tone could change from hawkish to dovish, which is an extremely negative factor for the US dollar. 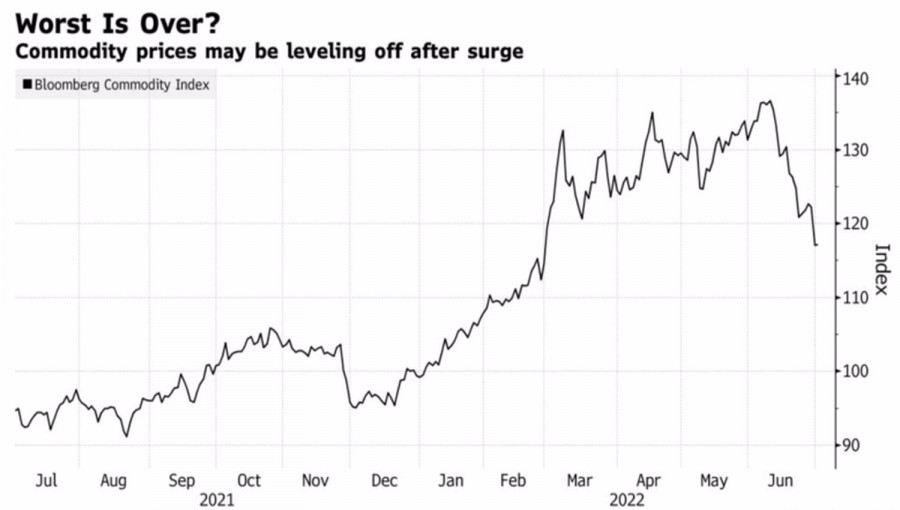 Markets rise or fall on expectations. Thus, the situation that will arise in the middle of next year, may be reflected in the EUR/USD quotes in late 2022 - early 2023. In the meantime, the euro is moving to parity with the greenback amid a new round of the energy crisis, political scandals in Britain, and the ECB's slow response to economic headwinds.

According to Nomura, if Germany is forced to ration the use of gas, this will lead to more disruptions in production and exports than during lockdowns caused by the coronavirus pandemic. The company predicts a fall in the EUR/USD pair to 0.98 and 0.95. According to market maker Optiver, the demand for euro options has shifted to the range of $0.92-1. A portfolio manager at BlueBay Asset Management blames Russia for all the troubles in the euro area and warns that the coming winter and a recession in the region will be very prolonged. Besides, he predicts a fall in the main currency pair to 0.9.

The situation is exacerbated by the political drama in Britain. Two senior ministers, including Finance Minister Rishi Sunak and Health Secretary Sajid Javid, as well as many Conservative lawmakers with less important portfolios, are resigning, saying that Boris Johnson was not fit to govern. The prime minister is facing the growing threat of another confidence vote. This time, he is unlikely to survive it. Political uncertainty is putting pressure not only on the pound but also on other European currencies. The euro is no exception. 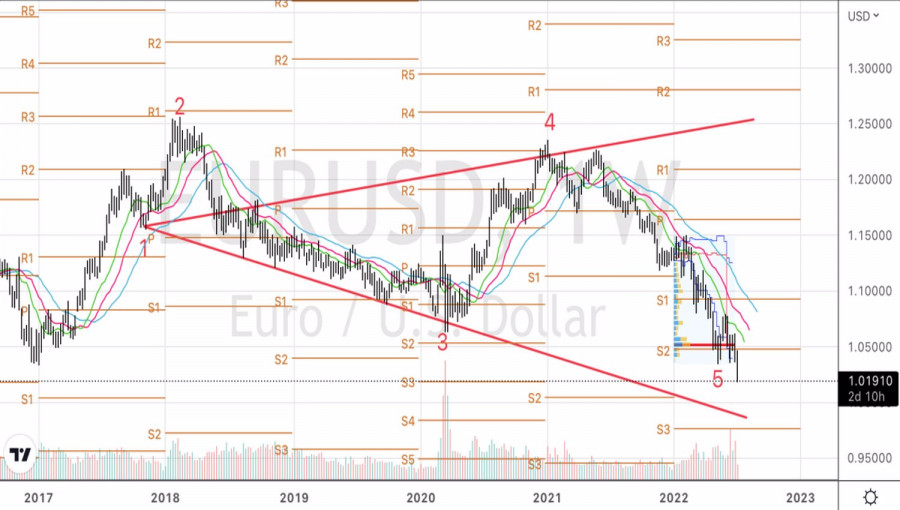 Thus, despite the weaker US dollar, the outlook for the single European currency is so gloomy that investors prefer to get rid of it as quickly as possible.

From a technical point of view, the EUR/USD pair continues to form the Wolfe Wave pattern on the weekly chart. Its final element, point 5, may be located at the pivot points of 1 and 0.98. The euro has room on the downside. Therefore, it is worth sticking to the strategy, which implies short positions amid pullbacks.