09.11.202110:46 Forex Analysis & Reviews: Inflation is still not of great concern. Euro and pound bulls are returning to the market

Euro and pound are starting to increase gradually after a strong collapse last week. This suggests that despite the dovish statements made by the Bank of England, traders are still anticipating rate hikes in the UK. They believe it will rise to 1% by the end of next year.

But the decision to leave rates unchanged did provoke a sell-off last week, resulting in the fall of pound. Of course, nothing is certain, including how the central bank will shift from a massive stimulus program to a more neutral one aimed at curbing inflationary pressures.

Many believe that the central bank should be more vigilant if it wants to curb consumer price increases. After all, inflation hit 3.1% in September, exceeding the 2% target. Investors fear that with the ongoing supply chain problems and high energy prices, massive stimulus and the strong recovery of the UK economy could seriously impact medium-term core inflation.

But high headline inflation and wage increases will curb concerns on inflationary pressures. As such, the upcoming committee meeting will be under the control of traders and investors, and the market reaction can be anything.

This struggle being experienced by the UK central bank is very similar to the one the European Central Bank is facing. Both are trying to convince traders that there is no reason to immediately raise rates next year. Experts have projected that the first hike will occur between May and November next year. Meanwhile, other experts believe that the Bank of England will raise rates to 0.5% by May, and then do it again in 2023.

If the Bank of England increase rates to 1% next year, inflation will fall below the target level. This means that immediately implementing a hike is more than necessary at the moment.

At the same time, the second plan of the central bank, which takes into account potential rapid decline of energy prices over the next six months, also leaves inflation below the target level. This confirms that there is still no need to drastically tighten monetary policy.

Even Bank of England chief economist Huw Pill sees no risks at the moment. In an interview, he said the rate of wage inflation is likely to exceed the rate of growth in both the US and the Euro area. "Baseline wage growth remains at or below pre-pandemic levels," Pill said. "In the UK, this figure is now starting to exceed similar indicators in the US, which causes some concern, as the upward trend will continue in the near future."

Responding to criticism that the bank's economists miscalculated in advising that policy be left unchanged, Pill said they were waiting for more labor market data before deciding when to raise rates. Currently, about 1.1 million citizens are still looking for work, and around 900,000 and 1.4 million are unemployed.

Nevertheless, the labor market is recovering, which increases pressure on employers to increase wages. As such, the Bank of England is monitoring the rate of growth lest it spirals inflation even more.

Euro also bounced back after the release of the EU investor confidence index and statements made by ECB chief economist Philip Lane. In an interview, Lane said that "unexpectedly high" growth in consumer prices does not bode well for the future. 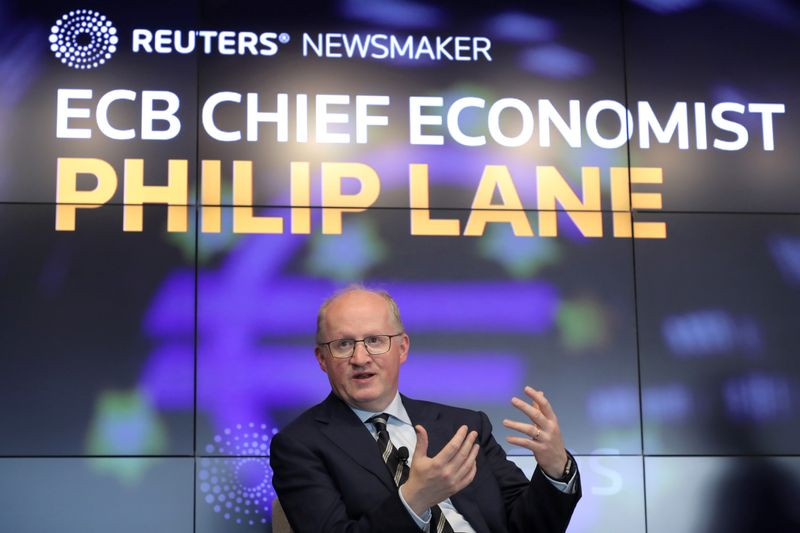 Lane reaffirmed the decision of the central bank, which has recently caused some controversy. Many investors questioned the correct analysis of the bank and its ambition to keep interest rates ultra-low until next year. ECB President Christine Lagarde openly said that conditions were unlikely to emerge to justify a sharp monetary tightening in the future. But there are disagreements within the council, so there is a need for further monitoring of wage growth, even though there is no threat yet.

"We will be looking for unstable models that could lead to unwanted pressures in terms of inflation. But let me emphasize we do not see this now. It's more of a risk factor that we need to pay attention to," the central bank said.