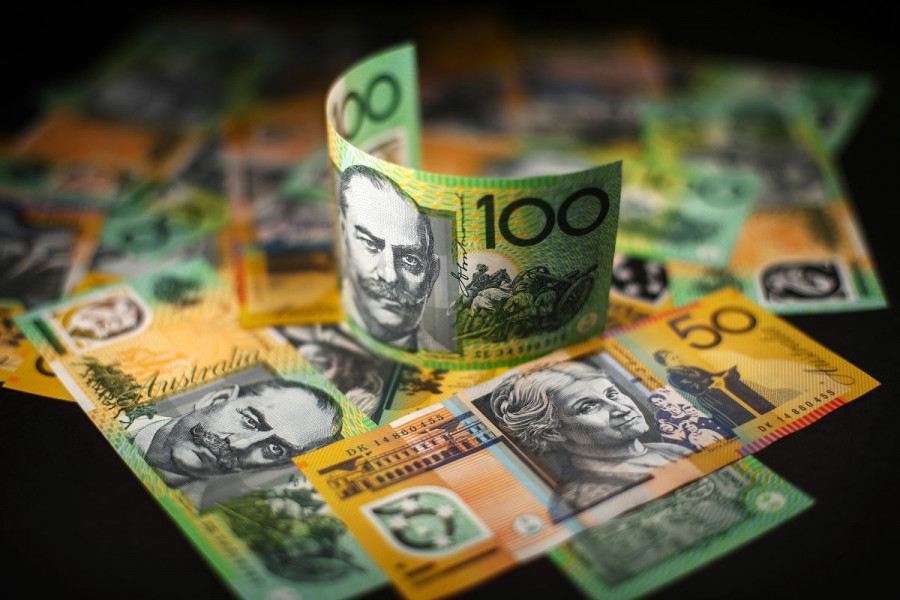 After a strong rise at the beginning of the week, the Australian currency may resume a downward movement. The main reason for its decline is bearish sentiment in global markets at the end of the week.

On January 21, the Aussie began to drop. It is also trying to rise albeit unsuccessfully. Bears took the upper hand after the fall in the stock market. Stocks have been dropping since the beginning of the year. As a result, it affected demand for risky assets. The bond market, on the contrary, managed to revive after a recent sell-off.

Market participants are concerned by a significant dip in stock indices. Over the past five days, the NASDAQ-100 index has been closing at lows, below the 100-day moving average for the first time since March 2020. In January 2022, most of the leading stock indexes closed at lows, fueling bearish sentiment.

The Australian dollar managed to recover on Thursday following the release of the strong employment report. Now, traders are expecting the regulator to hike the key rate earlier than planned. The unemployment rate in Australia declined to half-century lows. In December 2021, the economy added 64,800 jobs versus the forecast reading of 30,000. During the reporting period, the unemployment rate reached 4.2%, while economists had expected the figure to total 4.5%. According to analysts, this indicator was at the lowest level for almost 50 years.

Currently, the Aussie is unable to resume an upward movement. Today, the AUD/USD pair was trading at 0.7196, undertaking attempts to rise. After the release of strong labor data, the pair soared to 0.7240. However, it rolled back to 0.7220, hovering near the red zone. 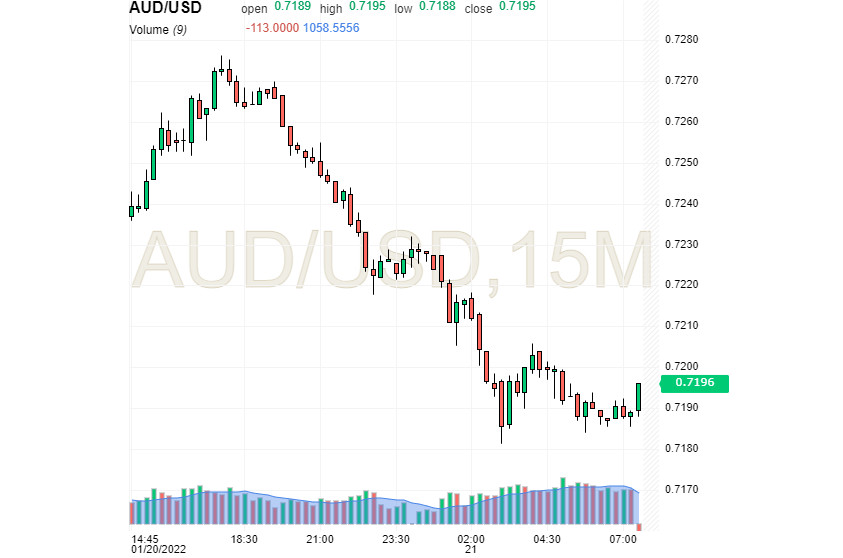 The Aussie lost ground due to demand for risky assets and a decline in the Consumer Sentiment Index to 2%. Analysts predicted a reading of 1%. As a result, after steady growth, it plummeted.

Apart from that, a rise in the hydrocarbon market also had a negative impact on the Aussie. It is quite vulnerable to news from the commodity market and oil pieces. The strengthening of the commodity market provided significant support to AUD, which rose by 0.3%. Later, it dropped. However, it has a chance to climb amid tailwinds in the oil market

The easing of quarantine restrictions in many states also contributed to the rally in the commodity market. Governments across the globe are trying to get their economies back on track and minimize the negative consequences of COVID-19. The US currency is likely to slip due to the current situation, while its rivals are sure to take advantage of it. The Aussie may also regain ground amid the weakening of the US dollar.